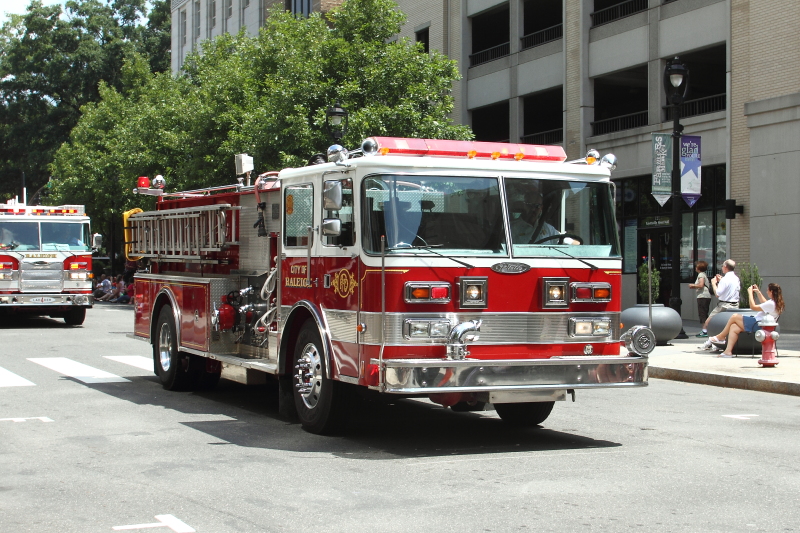 On June 6, 2017, the Raleigh City Council approved a resolution authorizing the donation of a 1989 Pierce Arrow pumper to the Raleigh Fire Museum. The apparatus was recently retired, after serving the training division following its service as a frontline and reserve pumper.

In 2012, some exterior components were restored by Capt. Tim Duke, including the original front-facing mechanical warning lights. This work was done for the fire department’s centennial anniversary, for an appearance in the centennial parade.

Around 2013, the reserve engine was retired and transferred to the training center. Around the spring of 2014, it was retired from training , and added to the department’s fleet of antique apparatus at Station 28.

In the fall of 2017, ownership of the apparatus was transferred to the Raleigh Fire Museum. The pumper is presently parked in private storage.