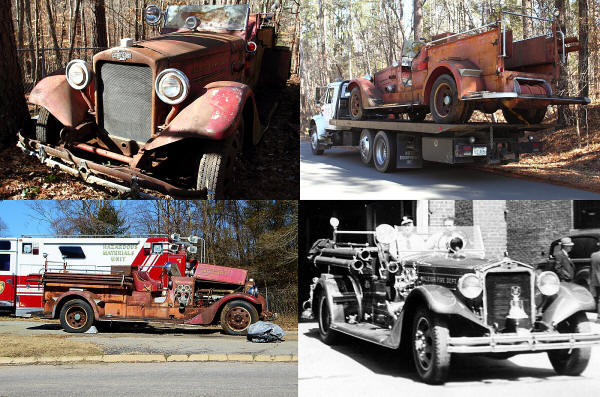 In February 2015, the Raleigh Fire Museum expanded its collection of antique apparatus with a 1936 American LaFrance 400 Series Metropolitan pumper, registration #7729. Equipped with a twelve-cylinder, 240 HP engine, and 1000 GPM rotary pump, the apparatus served the City of Raleigh as Engine 1. 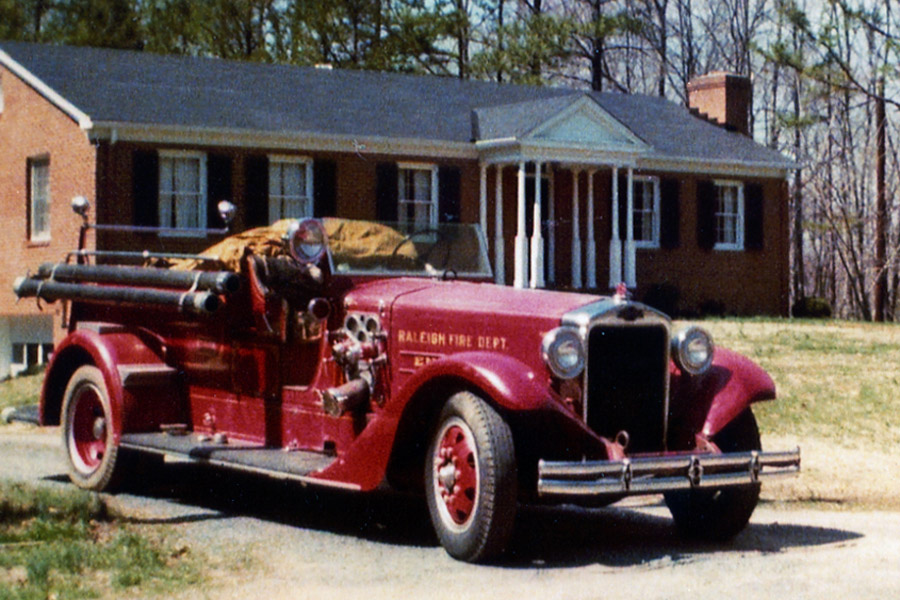 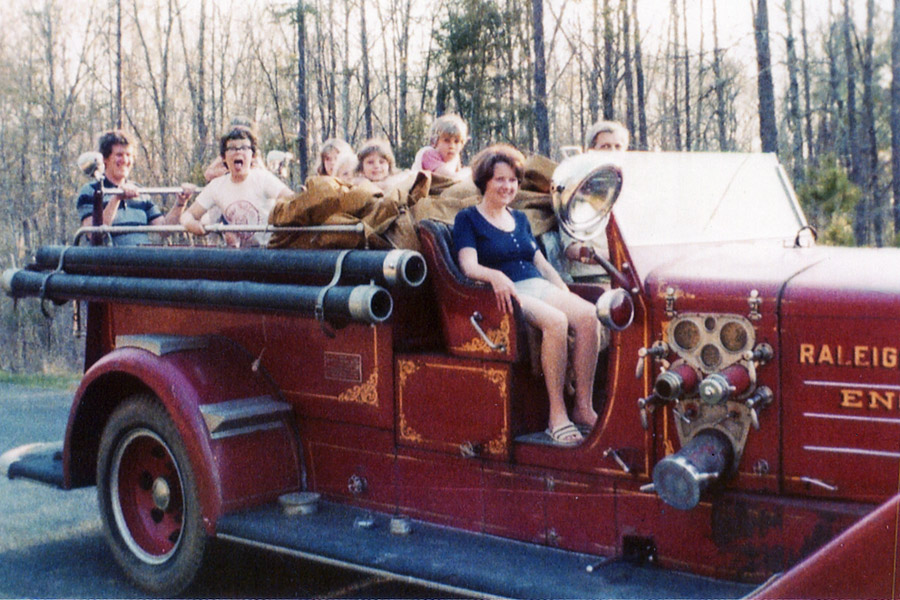 Sold as surplus on December 20, 1976, the engine was purchased by Clifton McCotter in Durham. He restored the truck to operational condition and took neighborhood children for rides. It’s been stored outside for decade, under a protective carp.

McCotter passed away in recent years and his wife Margaret has generously donated the apparatus to the Raleigh Fire Museum.

Our future plans include an inspection, mechanical assessment, and through cleaning of the apparatus. Subsequent steps will involve short- and long-term planning for storage, preservation of current condition, and operational and/or cosmetic restoration.

See current and historical photos of the truck.

The 400 Series was the most majestic of American LaFrance apparatus designs. Only 140 were built between 1935 and 1940. The truck was expensive for its time and few departments could afford the pricey trucks. The long hood contained both the twelve-cylinder engine and the rotary pump. The truck’s design was based on styling of the Packard, Cadillac, and Duisenberg touring automobiles of that decade.

The V-12 engine was standard for all 400 Series Metropolitan models. The rotary pumps were available in 750, 1000, 1250, and 1500 GPM. These were created in direct competition with the famed Ahrens Fox piston pump. The first couple of models were built with chain drives in 1934 and 1935. After that, all came standard with shaft drive as they could travel at faster speeds.

Unique to this model of LaFrance apparatus was the location of the bell. It was mounted in front of the radiator. In addition to the pumping engines, four duplex pumpers were produced along with quadruple combinations, service ladders, tractor-drawn aerials ladders, and the last water tower produced in America, also tractor-drawn.

Only two 400 Series Metropolitans were delivered in North Carolina, to Raleigh and Hickory.