You are here: Home / History / Happy Birthday to Fire Station 9

Across the street was the old Six Forks Road Volunteer Fire Department, which protected those previously unincorporated areas just outside the city limits on the north side. (They later moved about a mile north, to a new station that’s presently EMS Station 3, and later to their final location on Lynn Road at Lead Mine Road.)

Today it’s nestled among the bustling and commercially exploding area of “midtown Raleigh,” where the old North Hills Mall once anchored the area. It opened in 1960 and was converted to an enclosed mall in 1967. It was both the first enclosed mall in Raleigh and the first two-story, air-conditioned indoor mall between DC and Atlanta.

The mall closed in 2003 and was largely demolished, except for the JCPenny and its existing parking deck. An mixed-use development took its place, including the popular open-air shopping center. And the area hasn’t stopped growing since! 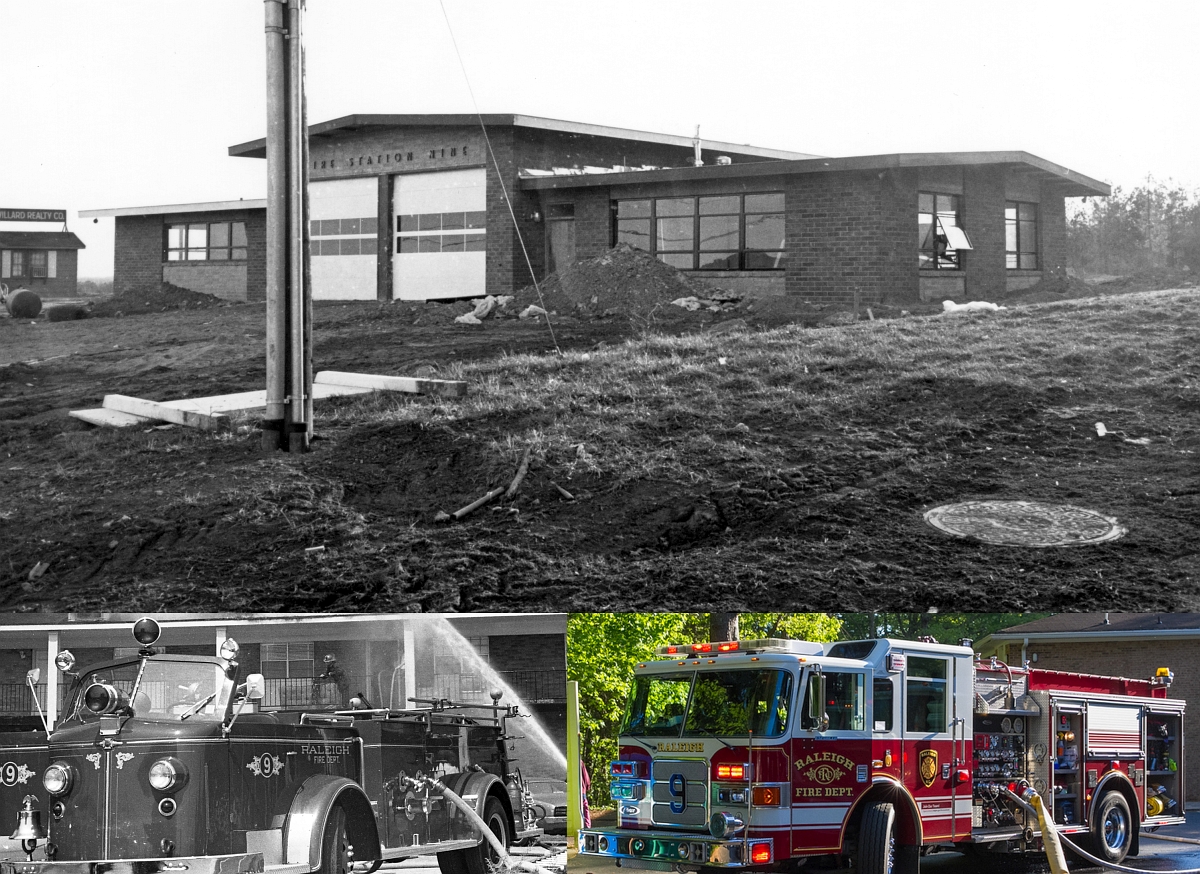