Morning history. How many pictures exist of the Raleigh Fire Department’s antique 1905 American LaFrance Metropolitan steamer and when the thing was in service? Just two.

Plus a couple of parade pictures from the early 1940s and likely long after it was retired. The sole surviving piece of the city’s horse-drawn apparatus is part of the department’s antique fleet. It was restored to operational functionality in 2012, for the occasion of the department’s centennial anniversary. 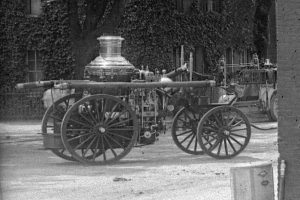 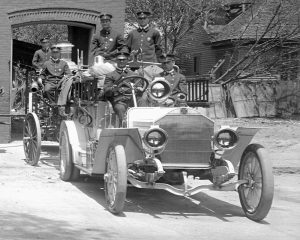 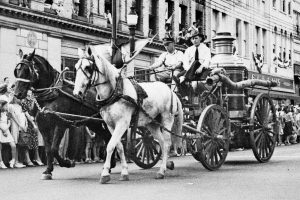 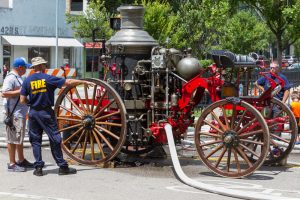 And here’s one fun fact. The steamer has manufacturer’s marks for both the American LaFrance Fire Engine Company and its corporate predecessor, the American Fire Engine Company. What, why, how? Because ALF was created a year earlier, as a merger of American and LaFrance (and some others in the mix). And the new company likely continued using old stock of parts until they were gone. 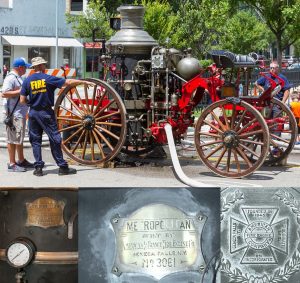