The Raleigh Fire Department family is mourning the passing of Senior Firefighter Michael D. Jackson, 47, who passed away unexpectedly at his home on Tuesday, September 21, 2021, due to complications from a kidney procedure.

He’s pictured in an RFD portrait from 2012, along with scene shots and candid photos by Mike Legeros.

He recently celebrated his 20th anniversary with the city, having joined the Raleigh Fire Department on September 10, 2001. He was currently assigned to Ladder 20 on C-shift. 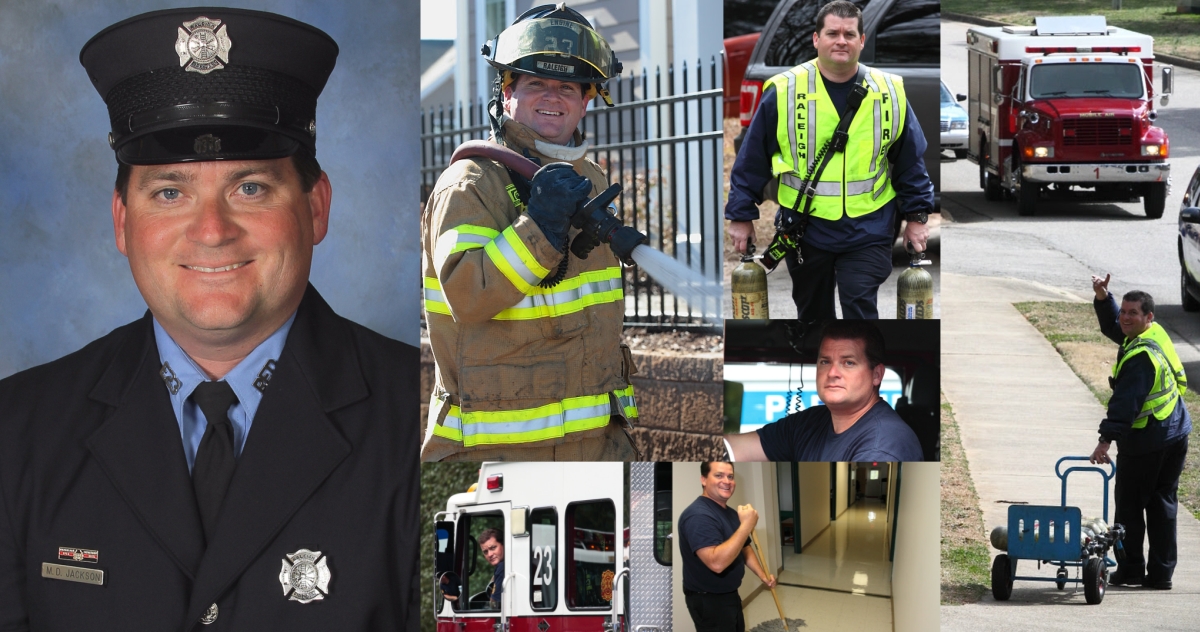