Raleigh Asst. Chief of Training W. Keith Tessinear was honored last week at the annual North Carolina Fallen Firefighters Memorial Service in Raleigh on Saturday, August 28, 2021. His named was added to the memorial in 2020, but no service was held last year, for public health concerns.

He and twenty-three other fallen firefighters from 2020, 2019, 2018, and earlier years (and decades), were honored in a morning ceremony at Nash Square in downtown Raleigh. His attending family members were escorted to the base of the memorial and presented with a flower and a folded flag, as his name was read and a bell was rung. For more information on those honored, visit the NCFFF web site.

Chief Tessinear was also added to the National Fallen Firefighters Foundation 2020 roll of honor, and will honored along with 2021 honorees at the annual memorial weekend, scheduled for October 2 and 3, 2021, in Emmitsburg, Maryland. 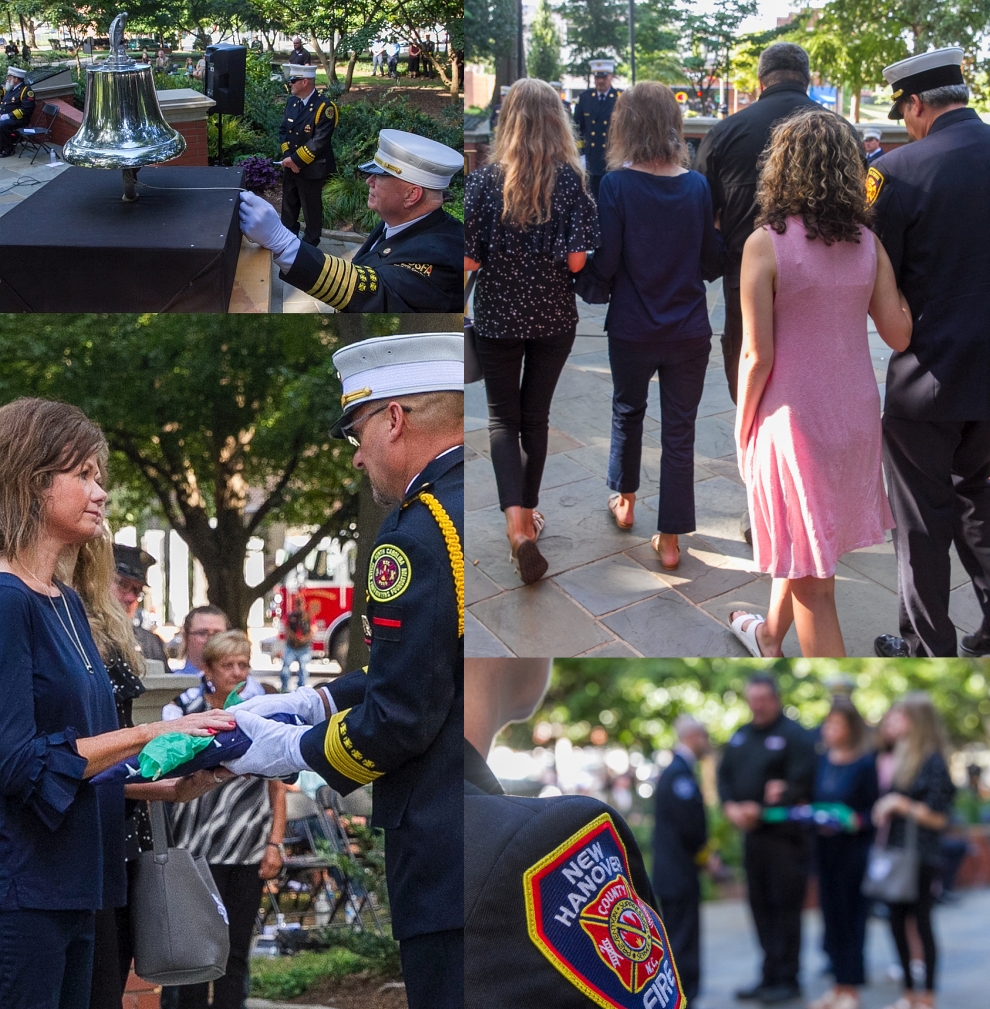 Chief Tessinear died on August 29, 2019, at age 55, from occupational cancer. He was diagnosed with lymphoma on June 1, 2018, and passed away fourteen months later. On November 27, 2019, the North Carolina Industrial Commission recognized his passing as a line-of-duty death.

Chief Tessinear was appointed Assistant Chief on March 31, 2015, first assigned to Services, followed by the Office of the Fire Marshal where he served as the city Fire Marshal starting on July 13, 2015. He was later reassigned to the Training division. He had served 28.6 years at the time of his death. 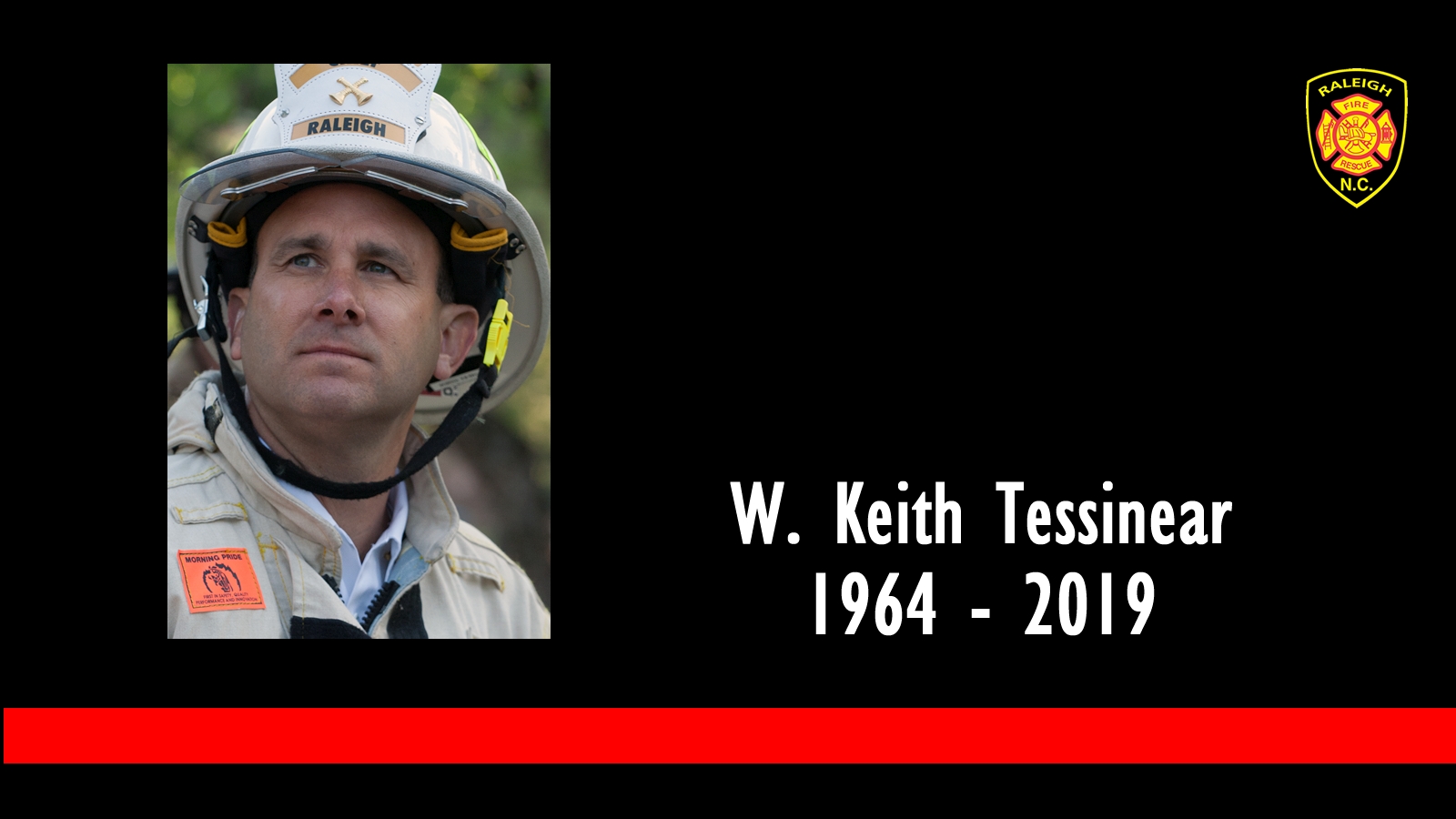