On this date in 1965, April 20, Raleigh Fire Department member Paul A. “Pallie” Mimms, 41, died of an apparent heart attack while operating a pumper at a commercial structure fire, at 1908 Hillsboro Street.

He was a Driver, or Firefighter II, and he fainted at the pump panel and was pronounced dead on arrival at Rex Hospital. The fire at Norden Laboratories Incorporated was discovered about 12:15 a.m.

Mimms was the driver of Engine 5, and that day’s station log book, shown below, recording his passing.

Funeral services were held on April 22, 1965, at Overby Mortuary Chapel in Raleigh, with burial at Montlawn Memorial Park the same day. 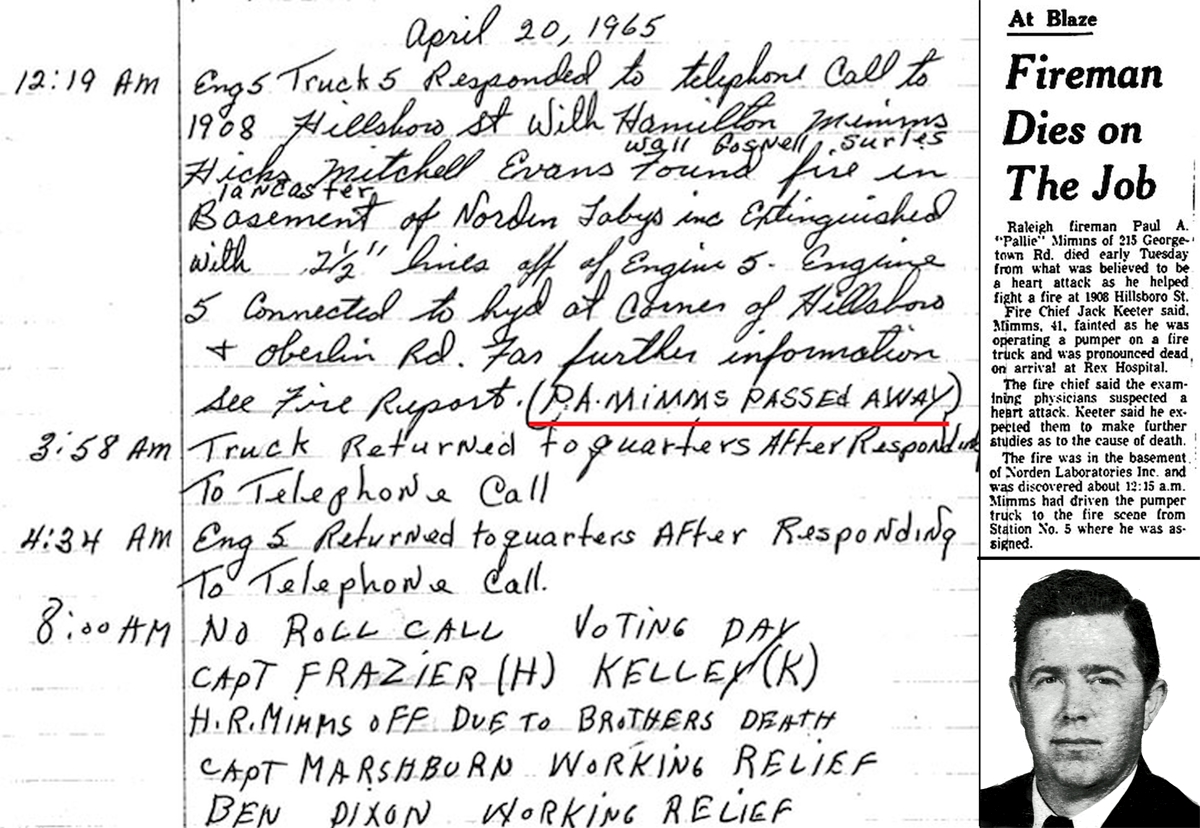