You are here: Home / News / Video History of Station 6

Earlier this month, Fire Station 6 reopened on Fairview Road. Learn about its history in our new, seven-minute video.

First opened in 1943 in a rented building, Station 6 was developed to protect Hayes Barton and neighboring areas. It originally occupied one-half of a rented building at 2513 Fairview Road. That building still stands today.

Planning continued for a permanent fire station on the other side of Oberlin Road. The corner lot was purchased in 1940, and construction bonds were approved in 1945.

Work was delayed due to shortages of resources during wartime, and in May 1948, the city lost its lease to the building housing Engine 6. The fire company relocated to nearby Station 5.

In the decades that followed, Station 6 also housed a rescue company, as well as a District Chief, today called a Battalion Chief.

By the early 2010s, then the oldest active fire station in the city, Station 6 was showing its age. The building was determined to be in relatively poor condition. Planning started for a replacement facility on the same site.

The new station was nearly three times the size of the old one, with larger apparatus bus, individual instead of group bathrooms, and many more modern improvements.

In May 2017, Engine 6 moved out of its quarters, and relocated to Station 5. Three months later, the 1949 fire station was demolished.

From Fall 2017 to Summer 2018, work was performed to prepare the site. By Winter 2019, construction was well-underway, and continued through Winter 2020.

By the end of 2020, the new fire station was largely complete. On March 29, 2021, the rebuilt Station 6 opened. Engine 6 returned to its quarters, and a new ladder company arrived, Ladder 6, relocated from a station in northwest Raleigh.

Watch this seven-minute video to learn more about this history. 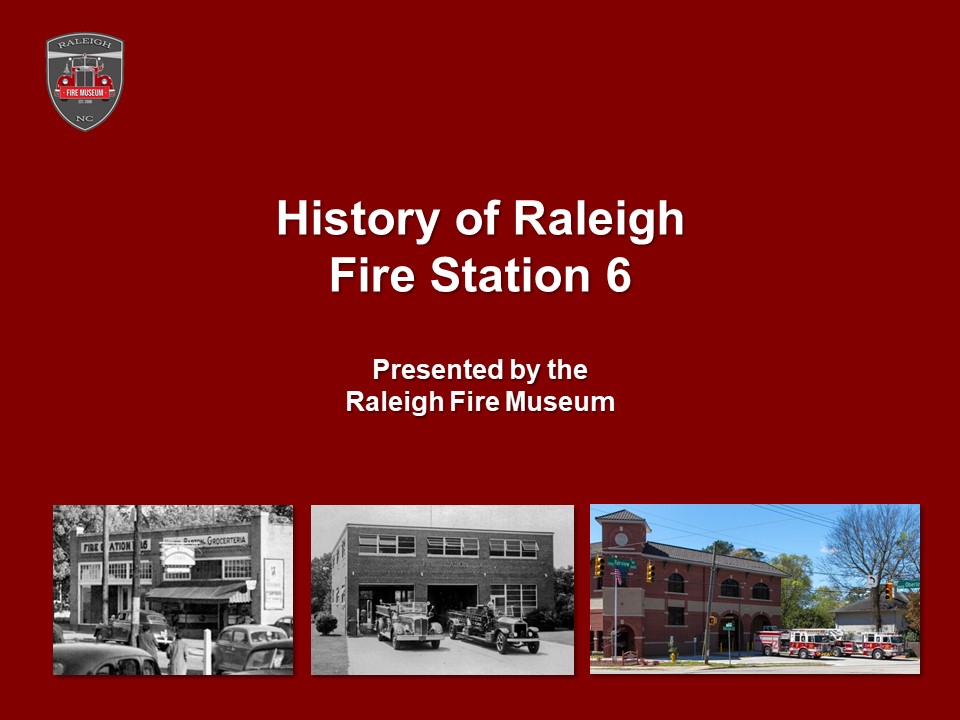