Today is the anniversary of Raleigh’s first firefighter line of duty death, Driver Vernon J. Smith who died on March 12, 1956, succumbing to injuries incurred on November 14, 1952, when Engine 6, operating a reserve 1926 pumper, overturned on the sharp curve where Brooks Avenue turned into Lewis Farm Road. They were returning from a “minor fire call” at 602 Stacy Street.

The four others aboard were also injured, including Captain James T. White, who was pinned under the apparatus for about fifteen minutes until a wrecker arrived and lifted the vehicle off of him. He suffered broken legs and a back injury.

Smith’s injuries were the most severe, with internal injuries, a fractured skull, and a compound fracture of his left leg that led to an amputation. He underwent 29 operations before his death in 1956. After the accident, he continued serving the department as dispatcher.

The three others, who were riding the tailboard, were also injured. J. T. Wall and H. E. Partin were released from Rex Hospital after treatment for shock and laceration. A. R. Woodlief stayed overnight, under observation after being knocked unconscious in the accident.

A broken brake lever was blamed for the accident. The City Council immediately approved funding for purchase of a new pumper, so the other 1926 reserve engine could be retired. The trucks were a pair of Type 75 American LaFrance “triple combination” pumpers.

See more photos and artifacts about the incident, Smith’s recovery, and his passing in this Flickr album of ours. 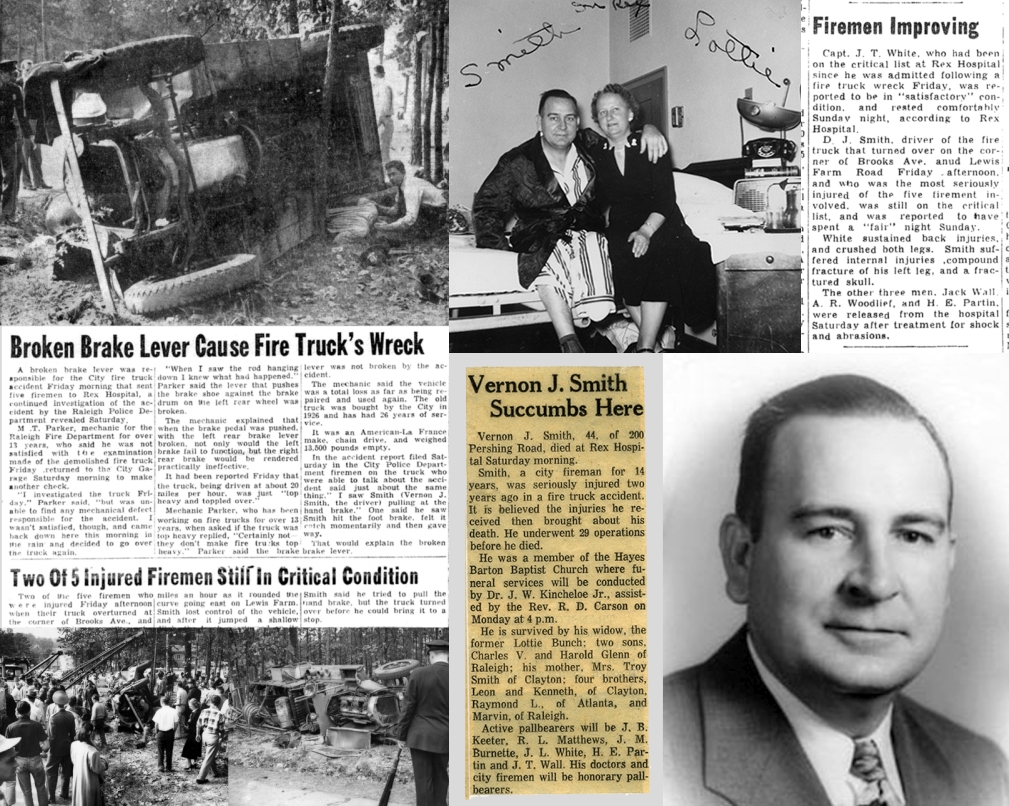