Updated on January 10  at 3:45 p.m. with digital version of funeral program. See bottom of posting.

Ellis was assigned to Ladder 8 at Station 12, and also served as recruit instructor, most recently with Recruit Academy 45. Earlier today, Ladder 8, along with other units, escorted his body to the State Medical Examiner’s Office on District Drive, and then to Lea Funeral Home on Poole Road.

Below are pictures of Ellis, including his 2012 portrait for the centennial history book, as an academy instructor in 2014 and 2020, and on Sandwell Lane in 2019, as a member of Ladder 3. Credit Mike Legeros, for the latter shots. 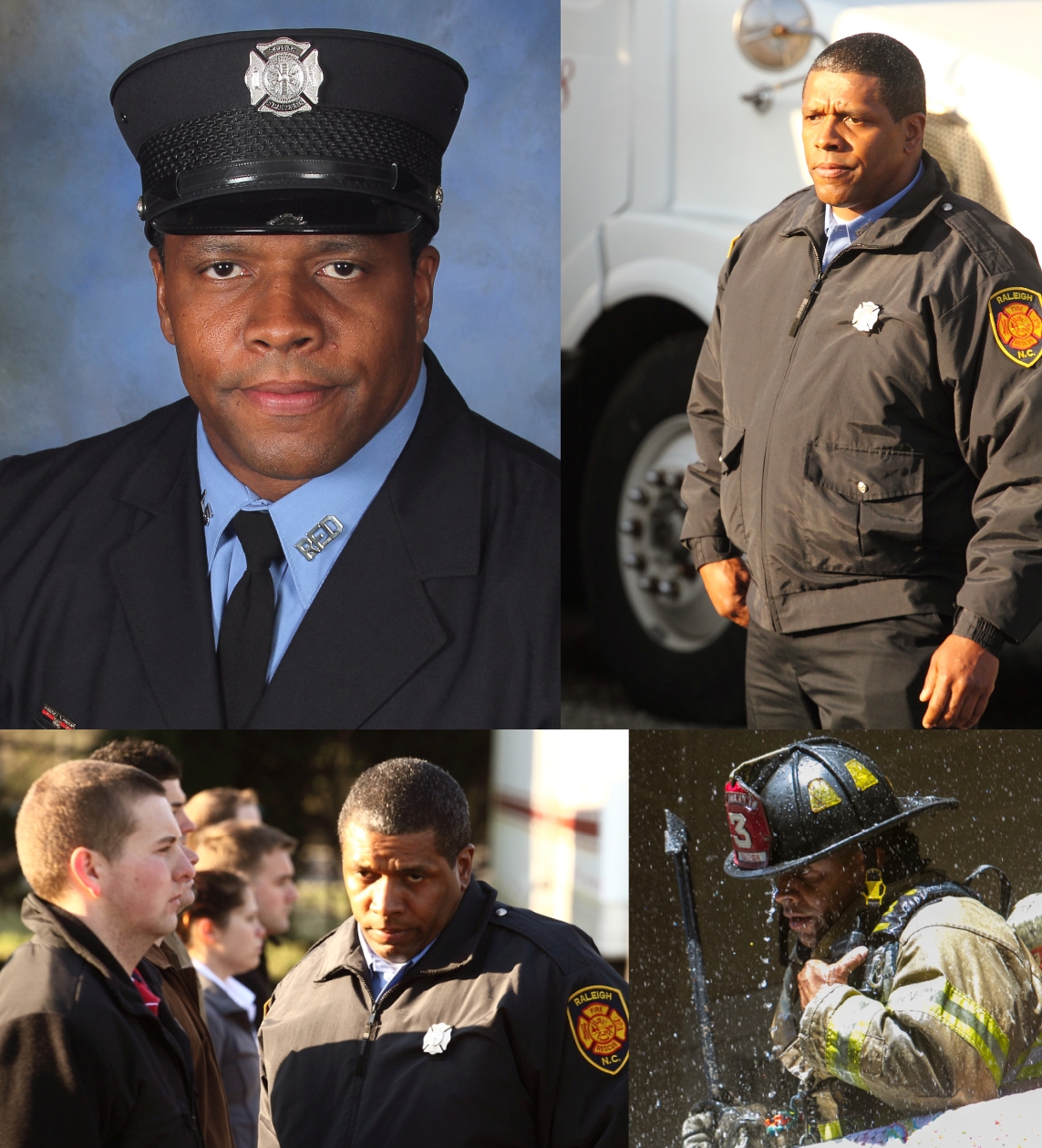 Read his obituary at https://www.leafuneralhome.com/obituary/LieutenantHerman-Ellis 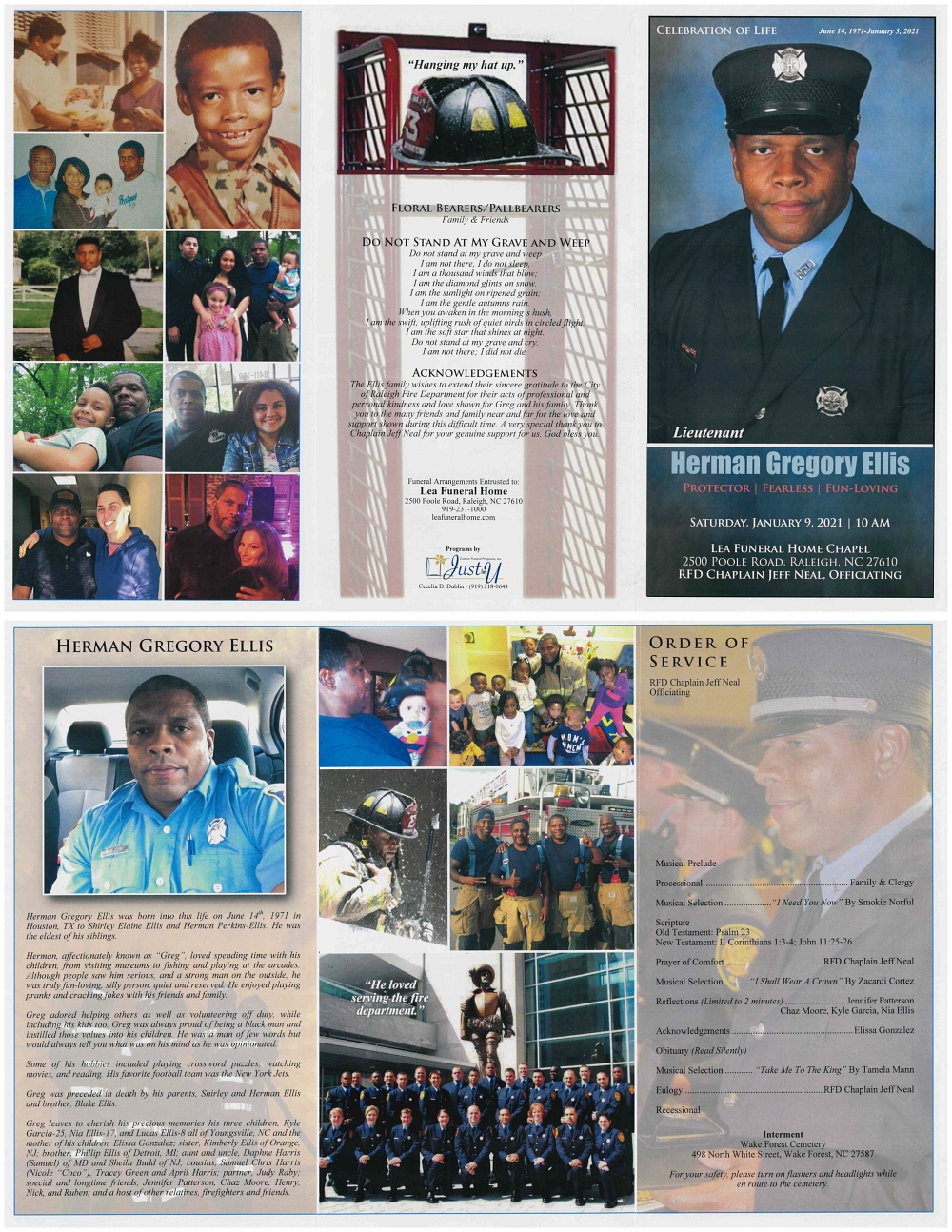